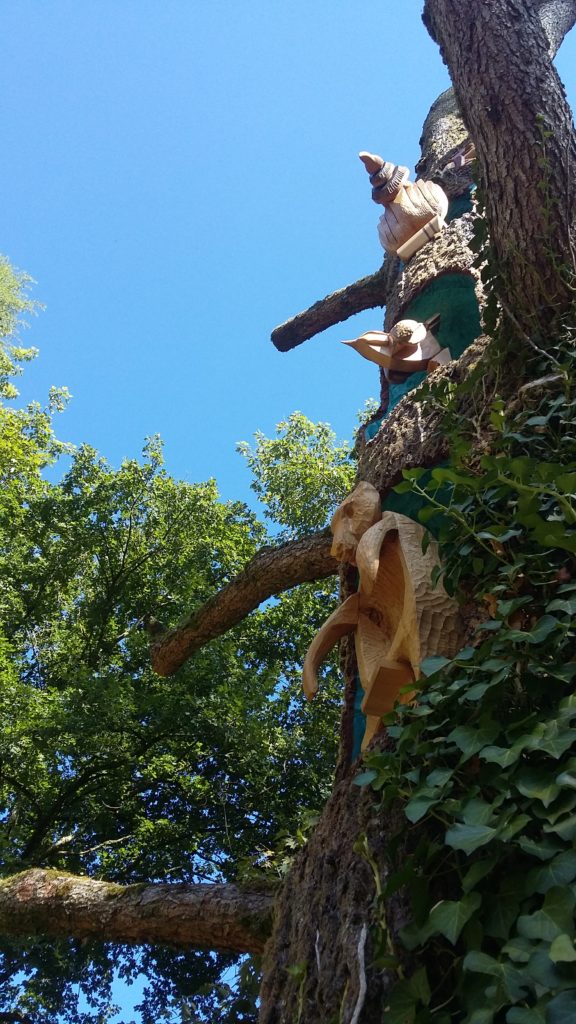 There was a Cedar of Lebanon (Cedrus libani) of extraordinary dimensions in the Historic and Artistic Garden of the Bertiz Natural Park which dried up. Hence, it was necessary to act in order to avoid risks of accidents, as well as plan its replacement. The Cedar had a  diameter of 148 cm at 1.30 m from ground level, with a total height of 31.50 m The majesty of the tree made the managers of the Natural Park consider the possibility of maintaining a vestige of the cedar as a memory of its exceptional characteristics. Therefore, the project could not simply involve its elimination and replacement.. The tree was offered to the Pamplona School of Art in 2017 after asking around different local artists. The School not only understood the expectations of the management of the Natural Park but also saw the considerable potential of the tree and the great opportunity for our students of Sculpture who promptly adopted the approach of the Natural Park. The School of Art proposed to leave 14 metres of the tree trunk with the most significant  branches and drill in it a series of niches. The plan contemplated wooden sculptures representing the fauna of the region which would be created by the students of Sculpture to be subsequently placed in the niches. In the end, five niches facing the path have been made and eight sculptures have been placed inside them. The task was completed in September 2018. Collaboration in external, real projects with other organizations is a really important aspect of the Sculpture course which eventually enables our students to get their work exhibited in different places nearby. In fact, other works from our workshops can also be contemplated at the Uranga Park in Burlada, the streets of Zizur Mayor or the village of Gabarderal. “A New Life for the Cedar of Bertiz” has been one of the most ambitious and satisfactory projects undertaken by the School of Art due to its dimension and the intrinsic beauty of the monumental tree. In addition, the Atlantic Region Section of the Local Administration, Environment and Rural Development Department of the Government of Navarra not only was very supportive and provided the technical and human resources required, but also understood the schools’ particular pace of work. The three niches below are approximately 70 x 105 cm outside and the two highest are 60 x 90 cm. They have been painted in RAL colour to create a visual contrast between the tree, the niches and the sculptures. 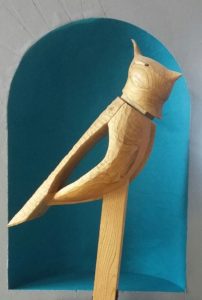 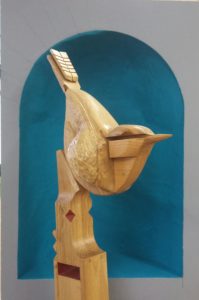 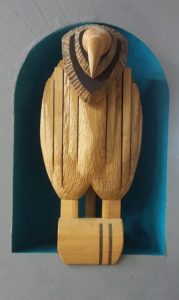 The works currently exhibited are, starting from top to bottom: And those that are on the ground, from the closest to the cedar outside: The School of Art in Pamplona / Iruña and park management wish to thank the work done by chainsaw operators and park staff that have been an essential part of this sculptural work. Link to the project image album

This website uses cookies to improve your experience while you navigate through the website. Out of these cookies, the cookies that are categorized as necessary are stored on your browser as they are essential for the working of basic functionalities of the website. We also use third-party cookies that help us analyze and understand how you use this website. These cookies will be stored in your browser only with your consent. You also have the option to opt-out of these cookies. But opting out of some of these cookies may have an effect on your browsing experience.
Necessary Siempre activado
Necessary cookies are absolutely essential for the website to function properly. This category only includes cookies that ensures basic functionalities and security features of the website. These cookies do not store any personal information.
Functional
Functional cookies help to perform certain functionalities like sharing the content of the website on social media platforms, collect feedbacks, and other third-party features.
Performance
Performance cookies are used to understand and analyze the key performance indexes of the website which helps in delivering a better user experience for the visitors.
Analytics
Analytical cookies are used to understand how visitors interact with the website. These cookies help provide information on metrics the number of visitors, bounce rate, traffic source, etc.
Advertisement
Advertisement cookies are used to provide visitors with relevant ads and marketing campaigns. These cookies track visitors across websites and collect information to provide customized ads.
Others
Other uncategorized cookies are those that are being analyzed and have not been classified into a category as yet.
GUARDAR Y ACEPTAR